2017 winners Bigham and Wilson were joined by Archibald this time, and they powered to an apparent easy win in 57-43 for the 30.9-mile course near Cranage, winning by around three and a half minutes from the Team Bottrill team of George Evans, Brett harwood and Matt Bottrill.

Third fastest male team was Didcot Phoenix, with Harri James, Henry Latimer and Richard Gildea being just over four minutes off the pace set by the Ribble riders.

While the winning ride was impressive, so too was the performance of the Storey Racing team in second. Alongside experienced Sarah Storey, they featured sisters Elynor, 17, and Zoe, 14.

After their win Joscelin Lowden – who is still recovering from a broken arm and separated shoulder sustained in a crash while riding the Tour of California around a month ago – said: “It was actually fun!

“There were a couple of little bumps that reminded me that I wasn’t 100%, but Emily and Emma are really strong and we ride together a lot so I’m quite happy on their wheels and we work well together.

“It was hard because of the wind on the long straight into a headwind, and at the turns it was hard too.

“We had an average speed in mind and I think we were a little bit under that, but we went fast enough for the win which is what matters.” 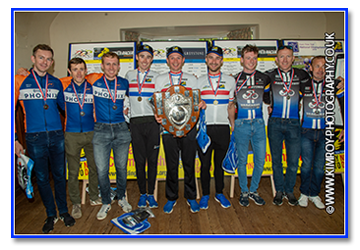 And Dan Bigham from the winning men’s team Ribble Pro Cycling said: “Our plan was just to go full gas and see where we got. We executed it as well as we could’ve expected.

“You always get hiccups on open roads with traffic. We had three overtakes, and a few dodgy roundabouts and junctions, but on the whole it was a clean ride.

“The wind was hard work. There was one long straight of pure headwind for eight miles, when you were on the front in that you were just waiting for your turn to be over!”

More than 50 teams and 132 riders tackled the circuit from Cranage through Lach Dennis and up to Rudheath, before heading down to the outskirts of Middlewich and back round twice more. 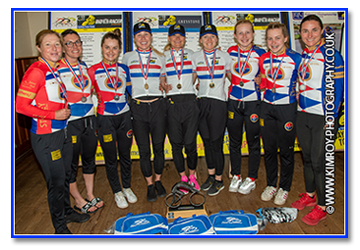