Andy Jackson and Vicky Gill were crowned National 12-Hour Championship winners after the 2019 title race was staged by CC Breckland in Norfolk.

AeroCoach rider Jackson clocked 303.98 miles to take the men’s title, while 38-year-old Winchester resident Gill was tackling a 12-hour for the first time and covered 276.40 miles to win the women’s title.

And in the women’s event Gill’s 276.4 miles was around ten miles more than National 24-Hour Championship winner Christina Murray (Army Cycling), while Wisbech Wheelers’ Becky Taylor was another four miles back in third spot.

In the team category, Arctic Aircon won the men’s prize, while the women’s title went to Lovelo Racing.

Gill enjoyed her first half-day grueller: “It was really fun! It was my first one and I didn’t know what to expect. I had my expectations of what I wanted to do, but everything was a bonus.

“I wanted to finish in one piece and challenge the other riders, because there were a lot of strong ladies there who had ridden the National 24. 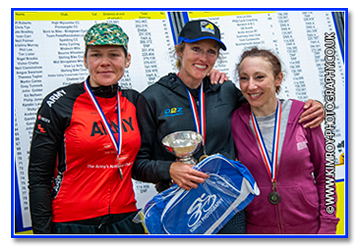 “I was also aiming for the competition record which obviously I didn’t get, but having done my first 12-hour I now know it’s achievable for me.

“I’m not going to moan about the weather too much because I wanted a challenge, but I just feel really sorry for my team-mate Liz [Powell] who was blown off and broke her leg. 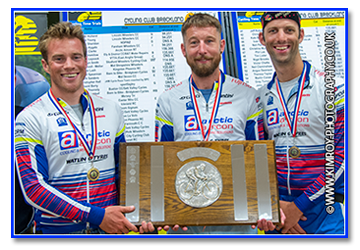 as gusty, but we were lucky it wasn’t the day before because it was much worse then.”