Emily Meakin led a one-two for The Independent Pedaler in the National 25-Mile Championship on Saturday morning, with team-mate Emma Lewis taking second.

Meakin, the 30-year-old from near Stafford, clocked 49-45 for the Etwall to Uttoxeter course, making the most of near-perfect conditions for the title race which was rescheduled from a few weeks earlier after heavy rain made the course dangerous.

In only her second ever 25-mile time trial, Meakin was the only rider to go under the 50-minute mark, taking the win by 15 seconds from Lewis while Alex Clay (AeroLab Ward Wheelz) was third with 51-45.

“I really wanted to podium and secretly I wanted to win, but I didn’t think I would because Emma [Lewis] is very strong, and I thought Anna Turvey would’ve done very well,” said Meakin afterwards.

“It was quite foggy at 7am when I went off so I was a bit apprehensive, but I had the perfect ride. My warm up was awesome, my ride was awesome, I had no dramas with traffic at all and sailed through all the roundabouts with no problems. 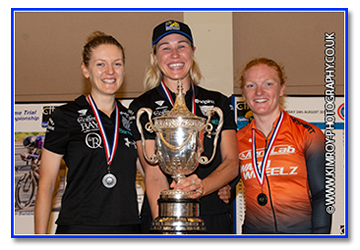 “At the turn I was on 22 minutes and I didn’t think that was going to be fast enough. But on the way back I was flying! I just kept going and hoping for sub 50.

“I’m so happy to win this, and it’s thanks to Dan Bigham at WattShop who’s helped me loads, my coach Sean Yates, and Aaron Hudson-Tyreman at The Independent Pedaler.” 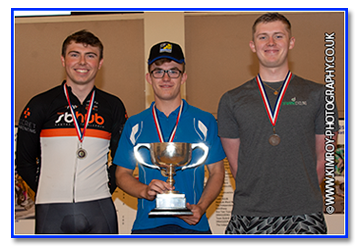 Meakin will now turn her attentions to the National 10 next weekend, when Team Independent Pedaler will have Joselin Lowden back to challenge for the team prize as well as the solo win.

* A full gallery of images from this event by Kimroy Photography is available here.