Chambers and Carpenter victorious in Knight Composite Series round two

Gary Chambers and Angela Carpenter battled donkeys and drizzle to take victory in the second round of the Knight Composites Classic Time Trial Series in Hampshire on Sunday.

Chambers, the 32-year-old NOPINZ rider from Portsmouth, clocked 58-45 to take victory in the men’s three-lap 26.7-mile course, while a3crg rider Carpenter, 49 and from Chichester, covered the women’s two-lap course in 43-43.

Chambers won by 28 seconds from Rob Walker, the Cambridge University CC espoir who was fifth in the opening round, while Matthew Downie (TAAP Cervelo) was third, 54 seconds behind in-form Chambers.

Like Chambers, Carpenter was also taking her first win in the national series. Her time was just seven seconds quicker than runner-up Jessica Rhodes-Jones (Beacon Roads CC), who stepped up from ninth in the first round on Good Friday, while third spot went to C2 Racing rider Kelly Murphy, another 15 seconds off the pace to improve on fourth place in round one last weekend.

“It’s a great course, despite the cattle grids and a few donkeys on the course,” laughed Chambers afterwards. “I hadn’t managed to get down here to recce the course because of the snow, so I came down early this morning to have a ride around. 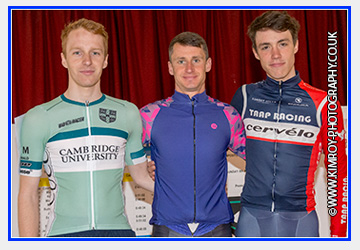 “I knew this race would be one to target, it’s always nice to have a national series win on your CV. The legs were good and I paced the laps quite well speed wise, the power was down but that’s to be expected on a twisty course like this.

Light rain fell for much of the event making for challenging conditions on the course, but Chambers added: “It was pretty wet an grey, but there was no wind which was an advantage because there are quite a few exposed areas over the tops on the way down to the finish that could’ve been tough if there was some wind.” 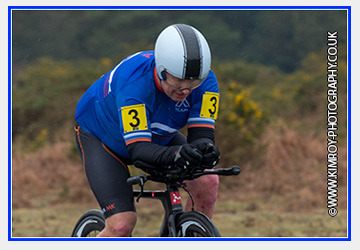 Carpenter also encountered the donkeys over the far side of the course, but had more of a problem with a line of cars towards the finish.

“I lost a few seconds as there was a queue of cars as I came into the finish, but thankfully it wasn’t too bad and I still managed to win,” she said.

“This is a fairly local course for me so I wanted to come down and ride it, it’s always lovely riding in the National Forest, even if you have to slalom round donkeys! But hold-ups are almost inevitable on a course like this.

“I’ve only been riding for a couple of years so I had no idea what to expect from the course, and I haven’t ridden against many of my competitors.”

In other categories, there was a second consecutive win in the Knight Composites Classic TT Series veterans category for Peter Nicholls (Race Hub) who covered the two-lap course in 38-17 to win by 1-01 from James Rix, the Team Bottrill-Vanguard rider who was third in the opening round last weekend.

Team Bottrill-Vanguard also took the win in the junior category thanks to Adam Jarps who clocked 41-23, while the paracyclist category was won by Graeme Church (Team Milton Keynes) with an adjusted time of 51-22.

* A full gallery of images from the event is available here 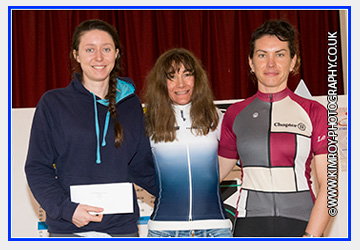