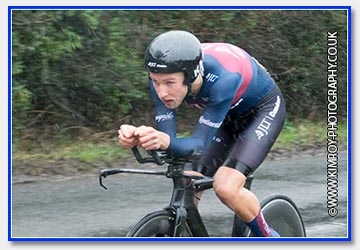 Gullen had been affected by a virus last month and was due to feature in the Pendle Forest CC 27 – his return saw him take his place on the top step of the podium of which he is so used to.

Richard Bideau (Pendle Forest CC) improved on his fourth-place in last year’s running of the event and completed the podium – crossing the line in 2:00.17. The third place marks a good start to the season for Bideau who finished first at his home race in the Pendle Forest CC last month. 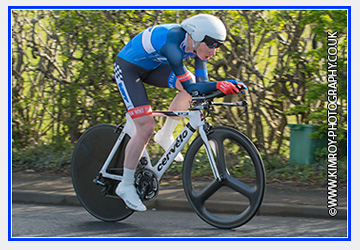 Rebecca Rimmington (Team Merlin) made it two wins in her last two races to take the women’s prize with a time of 2:23.22. Rimmingotn has made a great start to the year after winning in North Yorkshire after her North Lancs 10 win last week.

The race was packed with history as Michael Phillips rode in his 40th Nelson Wheelers CC 50. The 70-year-old Drighlington BC rider may be the longest serving participant in the event to date.

Organisers said conditions were cool and breezy which happened to suit the course with the L503 being extended slightly with roadworks playing a part in the change.

Those breezy conditions could well have played a part in James Gullen smashing the course record on Sunday morning.

The race was also favourable amongst other athletes with organisers saying many triathletes taking part in the event – the 2017 edition of the race saw double Olympic triathlon gold medallist Alistair Brownlee finish third.