Wins for Tadros and McGeever

Peter Tadros and Gina McGeever were the men’s and women’s winners of the Old Portlians 25 in Steyning, West Sussex. 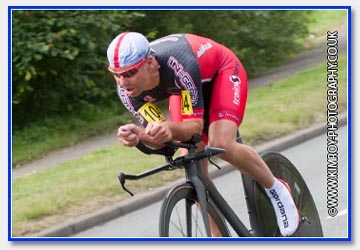 The riders headed North on the B2135 towards West Grinstead before looping round towards Steyning, spending the second half of the race on the A283 to Shoreham on Sea and back.

Tadros, 46, from Hastings, did not have it all his own way, the top three places separated by just 15 seconds, but it was he who topped the pile in a time of 54.43.

The Prolific time trialler riding for In Gear Quickvit RT has rarely found himself outside the top five in 2017, claiming his seventh open win of the year and his third in the month of June.

In the women’s competition, it was Gina McGeever that claimed victory ahead of Frances Bromley.

The Lewes Wanderers rider from Hove had a winning margin of one minute nine seconds to take first place with a time of 1:07.49