Fennell adds another victory in Kent 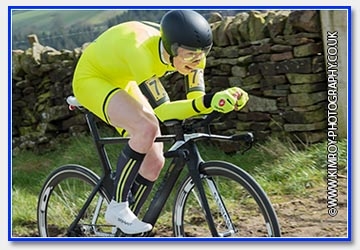 Fennell (Thanet RC) had to settle for second place behind the prolific Keith Murray on the same Q10/22 course a fortnight ago at the West Kent RC 10.

On Sunday morning though, the 21-year-old powered to a sizeable victory, his second win of the month after defending his 2016 Kent CA 25 title on April 2.

He clocked a time of 20.51, which was good enough to see off Abellio-SFA Racing Team teammates John Cockrill and Mark Baker by 48 and 59 seconds respectively.

As well as his third-place finish, Baker also claimed the accolade of fastest veteran amongst the field of 44 finishers on the Harrietsham to Charing course.

Including Fennell, the Thanet RC team placed four riders inside the top six, and along with Bill Hawkes and Nicholas Fennell registered a cumulative winning time for the team prize of one hour, five minutes and four seconds.

In a small field, Charmaine Pullen (Adalta Cycling Club) was the fastest woman with a time of 26.30.