Cullen wins on Circuit of Pendle

Tony Cullen took top spot in what could be the last time out on the circuit of Pendle in the North Lancs Hilly 28 event on Sunday. 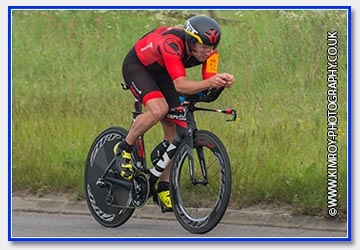 Possible plans for traffic lights have cast doubt over the future of the well-known course, although a decision hasn’t yet been made.

A fine drizzle fell on the later riders and conditions were grim enough to lead to some riders not starting.

With James Gullen taking a minute-and-a-half off the course record last year, it would be difficult for anyone to get near that time and it proved to be the case with the quickest riders being around four-and-a-half minutes off that benchmark.

But Cullen, riding for Tricentraluk, averaged 25.95mph to take victory, stopping the clock at 1:04.45. He was well ahead of Doug Hart of Ilkley CC who came second in 1:06.38. Andrew Whiteside of Bella in Sella completed the top three in 1:06.53.

Molly Horsely Frost was quickest woman on the day, the Buxton CC rider completing in 1:16.19. Nikola Matthews (Boot Out Breast Cancer CC) was second in 1:21.58 and Louise Hogg (Liverpool Phoenix CC) was third in 1:24.37.

The espoir award went to Ben Huddart of Lancashire RC with a time of 1:11.00. Veteran 40 prize winner was Doug Hart.